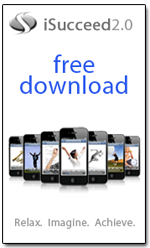 Video of the Week:

Sylvester Stallone had it rough as child.  He was taunted in school and in and out of foster homes.

He didn't have it much better as an adult.  Not able to earn a steady income, and having to sell his dog for $25.00 to help turn on his electricity, he was faced with many obstacles.

It was only 2 weeks after selling his dog that he wrote the Rocky script in nearly 20 hours straight.  He peddled the script relentlessly.  Finally, being rejected over 1500 times, Stallone was given a nod by United Artists for $125,000.  BUT -  only if Stallone would NOT star in it. Stallone refused.

He was subsequently offered $250,000 and $325,000! He would not accept unless he starred in it. Finally they compromised.  They would allow him to play the role of Rocky, but would only pay him $35,000 and a percentage of profits as a concession. He accepted.

Thomas Edison's teachers said he was "too stupid to learn anything." He was fired from his first two jobs for being "non-productive." As an inventor, Edison made 1,000 unsuccessful attempts at inventing the light bulb. When a reporter asked, "How did it feel to fail 1,000 times?" Edison replied, I didn’t fail 1,000 times. The light bulb was an invention with 1,000 steps.  Never Quit!

Abraham Lincoln, as a young man, went to war a captain and returned a private. Afterwards, he was a failure as a businessman. As a lawyer in Springfield, he was too impractical and temperamental to be a success. He turned to politics and was defeated in his first try for the legislature, again defeated in his first attempt to be nominated for congress, defeated in his application to be commissioner of the General Land Office, defeated in the senatorial election of 1854, defeated in his efforts for the vice-presidency in 1856, and defeated in the senatorial election of 1858. At about that time, he wrote in a letter to a friend, "I am now the most miserable man living. If what I feel were equally distributed to the whole human family, there would not be one cheerful face on the earth."  Never Quit!

Socrates was called "an immoral corrupter of youth" and continued to corrupt even after a sentence of death was imposed on him. He drank the hemlock and died corrupting.

Sigmund Freud was booed from the podium when he first presented his ideas to the scientific community of Europe. He returned to his office and kept on writing.  Never Quit!

Charles Darwin gave up a medical career and was told by his father, "You care for nothing but shooting, dogs and rat catching." In his autobiography, Darwin wrote, "I was considered by all my masters and my father, a very ordinary boy, rather below the common standard of intellect." Clearly, he evolved and more importantly he never quit.

"Our greatest glory is not in never falling but in rising every time we fall." - Confucius

Albert Einstein did not speak until he was 4-years-old and did not read until he was 7. His parents thought he was "sub-normal," and one of his teachers described him as "mentally slow, unsociable, and adrift forever in foolish dreams." He was expelled from school and was refused admittance to the Zurich Polytechnic School. He did eventually learn to speak and read. Even to do a little math.  Never Quit!

Louis Pasteur was only a mediocre pupil in undergraduate studies and ranked 15th out of 22 students in chemistry.

F. W. Woolworth was not allowed to wait on customers when he worked in a dry goods store because, his boss said, "he didn't have enough sense."

When Bell telephone was struggling to get started, its owners offered all their rights to Western Union for $100,000. The offer was disdainfully rejected with the pronouncement, "What use could this company make of an electrical toy."

John Garcia, who eventually was honored for his fundamental psychological discoveries, was once told by a reviewer of his often-rejected manuscripts that one is no more likely to find the phenomenon he discovered than to find bird droppings in a cuckoo clock.

Rocket scientist Robert Goddard found his ideas bitterly rejected by his scientific peers on the grounds that rocket propulsion would not work in the rarefied atmosphere of outer space.  He never quit and we now have the space shuttle.

Daniel Boone was once asked by a reporter if he had ever been lost in the wilderness. Boone thought for a moment and replied, "No, but I was once bewildered for about three days."

"Only those who dare to fail greatly can achieve greatly." - Robert F. Kennedy

An expert said of Vince Lombardi: "He possesses minimal football knowledge and lacks motivation." Lombardi would later write, It's not whether you get knocked down; it's whether you get back up. Just never quit!

Michael Jordan and Bob Cousy were each cut from their high school basketball teams. Jordan once observed, I've failed over and over again in my life. That is why I succeed.  They never quit!

Babe Ruth is famous for his past home run record, but for decades he also held the record for strikeouts. He hit 714 home runs and struck out 1,330 times in his career (about which he said, "Every strike brings me closer to the next home run."). And didn't Mark McGwire break that strikeout record? (John Wooden once explained that winners make the most errors . . . because they NEVER quit.)

Hank Aaron went 0 for 5 his first time at bat with the Milwakee Braves.

Stan Smith was rejected as a ball boy for a Davis Cup tennis match because he was "too awkward and clumsy." He went on to clumsily win Wimbledon and the U. S. Open. And eight Davis Cups.

Tom Landry, Chuck Noll, Bill Walsh, and Jimmy Johnson accounted for 11 of the 19 Super Bowl victories from 1974 to 1993. They also share the distinction of having the worst records of first-season head coaches in NFL history - they didn't win a single game and they never quit.

Johnny Unitas's first pass in the NFL was intercepted and returned for a touchdown. Joe Montana's first pass was also intercepted. And while we're on quarterbacks, during his first season Troy Aikman threw twice as many interceptions (18) as touchdowns (9) and he didn't win a single game.

After Carl Lewis won the gold medal for the long jump in the 1996 Olympic games, he was asked to what he attributed his longevity, having competed for almost 20 years. He said, "Remembering that you have both wins and losses along the way. I don't take either one too seriously."

"Our achievements speak for themselves. What we have to keep track of are our failures, discouragements, and doubts. We tend to forget the past difficulties, the many false starts, and the painful groping. We see our past achievements as the end result of a clean forward thrust, and our present difficulties as signs of decline and decay." - Eric Hoffer

Walt Disney was fired by a newspaper editor because "he lacked imagination and had no good ideas." He went bankrupt several times before he built Disneyland. In fact, the proposed park was rejected by the city of Anaheim on the grounds that it would only attract riffraff.

Charles Schultz had every cartoon he submitted rejected by his high school yearbook staff. Oh, and Walt Disney wouldn't hire him.  Yet, he never quit.

After Fred Astaire's first screen test, the memo from the testing director of MGM, dated 1933, read, "Can't act. Can't sing. Slightly bald. Can dance a little." He kept that memo over the fire place in his Beverly Hills home. Astaire once observed that "when you're experimenting, you have to try so many things before you choose what you want, that you may go days getting nothing but exhaustion." And here is the reward for perseverance: "The higher up you go, the more mistakes you are allowed. Right at the top, if you make enough of them, it's considered to be your style."

After his first audition, Sidney Poitier was told by the casting director, "Why don't you stop wasting people's time and go out and become a dishwasher or something?" It was at that moment, recalls Poitier, that he decided to devote his life to acting.

When Lucille Ball began studying to be actress in 1927, she was told by the head instructor of the John Murray Anderson Drama School, "Try any other profession."

The first time Jerry Seinfeld walked on-stage at a comedy club as a professional comic, he looked out at the audience, froze, and forgot the English language. He stumbled through "a minute-and a half" of material and was jeered offstage. He returned the following night and closed his set to wild applause.  He never quit.

At the age of 21, French acting legend Jeanne Moreau was told by a casting director that her head was too crooked, she wasn't beautiful enough, and she wasn't photogenic enough to make it in films. She took a deep breath and said to herself, "Alright, then, I guess I will have to make it my own way." After making nearly 100 films her own way, in 1997 she received the European Film Academy Lifetime Achievement Award.

"Flops are a part of life's menu and I've never been a girl to miss out on any of the courses." - Rosalind Russell

THOMAS EDISON – The Wizard of Menlo Park
More than a few blunders + 1000 failed attempts inventing the lightbulb = The most prominent inventor of our time.