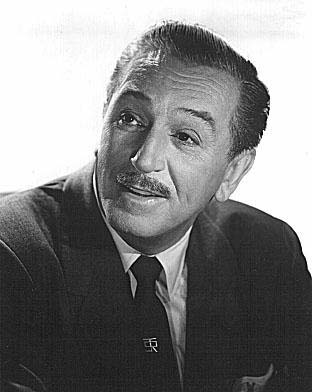 Walter Elias Disney was born on December 5, 1901. His interests in art and drawing were immediately apparent. He began drawing and then selling some of his small sketches to nearby neighbors, at the age of 7, thus starting the beginning of an empire.

While attending McKinley High School in Chicago, he turned his attention to drawing and photography, while contributing to the school paper. At night, he expanded on his drawing abilities by attending the Academy of Fine Arts. It was also apparent that he thoroughly enjoyed nature and wildlife. Encouraged by his mother and brother Roy, he began to develop and nurture even further, his talent for drawing. At one point, Walt was hired to work at the Kansas City Star newspaper. He was later fired from the paper for his “lack of creativity”. (Years later, The Walt Disney Company would buy ABC which owned The Kansas City Star.) Isn’t that ironic?

Later, he pursued a career in commercial art, specifically, animation. He started producing short films for local businesses in Kansas City, but by the time he created what was known as the “Alice Comedies”, about a live girl in an animated world, his money began to run out and the company he started went bankrupt. But Walt was not deterred. He packed up his works and headed West for Hollywood, determined to start fresh. He was only 21 years old.

After trials and tribulations, and very little money, Walt’s persistence paid off when his animation skills were picked up by the motion picture industry in 1928. Thus, Mickey Mouse was born. Steamboat Willie was the first synchronized sound cartoon. His drive to succeed then propelled him into Technicolor. He held the patent for 2 years while exclusively making and improving color cartoons.

But then, tragedy struck. In 1938, his mother passed away from asphyxiation, caused by a faulty furnace in the home that Walt, and his brother Roy had purchased for their parents. Her death would haunt him for the rest of his life.

Then, there was World War II. This required Walt, and his newly developed Burbank Studio, to put his talents into the production of training and propaganda films for the armed forces. Although, Walt was still able to find the time to create short comedy films, produced for civilians and military personnel, to keep up morale.

And finally, in 1955, his dream came true, even though the proposed park was originally rejected by the city of Anaheim, based on their thought that it would attract “riff-raff”. The “Happiest Place on Earth” as it is called today, opened to the sum of $17 million dollars. The first clean, organized amusement and theme park was born. Thanks to Walt Disney, millions of people from around the world are able to enjoy a day or two, act like a kid, whether you are one or not, and realize that there is something to be said for dreaming big and laughing out loud.

Walt Disney - Visionary
Bankrupt and fired for having "no creativity", Walt Disney became a household name for kids and adults alike.